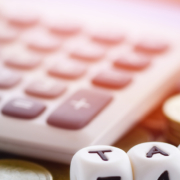 As we end the year 2021, there have been many learnings for both tax practitioners and taxpayers over the past 24 months. The TRA has become friendlier in resolving matters within the ambit of the law; tax aggression has declined; TRA looks at the businessman as a client and not an adversary; and a few amendments to laws have been passed that are constructive and positive looking. Having said this, and to ensure that we remain even more competitive and attract good, real, long-term investment that will assist in the socio-economic development of our country, there are a number of areas that, though not being pursued by the TRA nowadays, remain good law and can be invoked at any time. We list the top 3 concerns below.

When a taxpayer files an objection after being served with a tax assessment, the law allows a taxpayer to apply to the TRA for a waiver or reduction of the mandatory 1/3 deposit of the assessed tax or amount not in dispute, whichever is higher. When the TRA rejects such a waiver application, over the past 15+ years taxpayers have appealed to the Tax Revenue Appeals Board (Board) and beyond to seek waivers to be granted so that the merit of the assessment can then be decided upon. The Board, and the Tax Revenue Appeals Tribunal (Tribunal) were entertaining such appeals. However, in the Court of Appeal’s judgment of July 2021 in Appeal No. 172 of 2020, the Court of Appeal ruled that such a waiver rejection decision is not appealable to any Court whatsoever, thereby giving the TRA a final decision on waiver applications which is unchallengeable.

Whilst of recent the TRA has been more liberal in granting waivers or reducing the amount to be deposited, this is an area that when enforced as it is can be a gamechanger for taxpayers and investment in Tanzania. Effectively, it allows TRA to decide how, when, where and under what conditions it will grant waivers as post this judgment there are no checks or balances now in place. This law needs to now be amended otherwise if applied as it is may pose a serious challenge to investors in the coming years. Read FB Attorneys more detailed Legal Update on this by clicking here.

Before April 2021 the TRA had been using agency notices to debit taxpayers accounts even when the taxpayer was fighting his dispute in the tax Court system. Agency notices were issued on the ground that an appeal is not an automatic bar to execution and that the TRA does not need execution orders from the Courts for purposes of recovering tax. This led to taxpayers avoiding holding large sums of funds in their bank accounts. The agency notices triggered hundreds of applications for stay of execution being filed in an already overloaded tax Court system, which further slowed down disposition of tax cases on their actual merits. However, since under the law, Courts can normally grant stay orders only when there is a threatened execution, by the time a taxpayer received an agency notice which triggered the execution and then filed a stay application, the banks had already transferred the funds, making the application nugatory and overtaken by events!

After changes made at the beginning of the second quarter by Her Excellency President Samia Suluhu Hassan, the TRA almost immediately stopped issuing such agency notices. This decision was welcomed by the business community and paved the way to restore some investors’ confidence. However, the law that allows such agency notices to be issued remains intact. Unless there is change in legislation, this could one day be retriggered to the detriment of the taxpayer and the economy at large.

Inconsistency in interpretation of tax statutes

As necessary as taxation is to the functioning of any country, both the Constitution and rule of law require that the power to tax companies and individuals should be governed by the letter of the law. Any ambiguity in tax law should be construed in favour of the taxpayer. Judicial oversight is to ensure the rule of law is adhered to. The rule of law specifically in taxation is paramount to the economic growth of any economy and must always be respected.

Notwithstanding the challenges listed above, the direction being taken by the Government so far is constructive and positive. The Legislative changes allowing the TRA to grant interest and penalty waivers has resulted in dozens of cases being resolved; a specific provision allowing off Court settlement has also been a welcome move. We have started off well and must pace up further. Let us hope there will be more pro-business and constructive tax reforms in 2022.

Finally, before we pen off, the FB Attorneys Legal Updates team wishes you all Season’s Greetings. This will be our last Legal Update for 2021. See you again in 2022!

We use cookies to give you the best online experience. Please let us know if you agree to all of these cookies.

We may request cookies to be set on your device. We use cookies to let us know when you visit our websites, how you interact with us, to enrich your user experience, and to customize your relationship with our website.

Click on the different category headings to find out more. You can also change some of your preferences. Note that blocking some types of cookies may impact your experience on our websites and the services we are able to offer.

These cookies are strictly necessary to provide you with services available through our website and to use some of its features.

Because these cookies are strictly necessary to deliver the website, refuseing them will have impact how our site functions. You always can block or delete cookies by changing your browser settings and force blocking all cookies on this website. But this will always prompt you to accept/refuse cookies when revisiting our site.

We fully respect if you want to refuse cookies but to avoid asking you again and again kindly allow us to store a cookie for that. You are free to opt out any time or opt in for other cookies to get a better experience. If you refuse cookies we will remove all set cookies in our domain.

We provide you with a list of stored cookies on your computer in our domain so you can check what we stored. Due to security reasons we are not able to show or modify cookies from other domains. You can check these in your browser security settings.

These cookies collect information that is used either in aggregate form to help us understand how our website is being used or how effective our marketing campaigns are, or to help us customize our website and application for you in order to enhance your experience.

If you do not want that we track your visist to our site you can disable tracking in your browser here:

We also use different external services like Google Webfonts, Google Maps, and external Video providers. Since these providers may collect personal data like your IP address we allow you to block them here. Please be aware that this might heavily reduce the functionality and appearance of our site. Changes will take effect once you reload the page.